The Sad Story Of The First And Only Turkish Whisky: Ankara Can you imagine Turkey had it’s own whisky back in time?

Yes they had.  It was in 1963 when Tekel - a Turkish tobacco and alcoholic beverages company which was nationalized in 1925 from a parastatal company, the Régie- made an innovative movement to produce a whisky in Turkey.  Since the Ottoman era and the modern Turkish Republic, Turkish people have always liked distilled alcohol much rather than other types such as wine and beer.

Thus, producing a distilled malt whisky was such a good idea in a country where agriculture was so easy to do.

Anatolia has always had well reproductive lands throughout the history.  Somehow, the reason to produce Ankara Malt Whisky (it’s called viski in Turkish) in Turkey was to support domestic product consumption in the country and to keep the money inside Turkey.   An urban legend tells a story about the first tastings about Ankara Whisky.

When it was first produced at the capital, the board of the institution invited a well known and reputable whisky expert from Scotland.

When the taste was asked, he replied as “Very complex. Nice drink.

But let me ask which type of spirit is this?”

For many long years it had been produced about 200.000 liters per year with such quite well ABV %43 and sold with affordable price.  I personally drank  some Ankara Malt Whisky in my youth but my memories are quite blurred about the nose and the palate.

In 1990’s, exportation of blended Scotch whiskies and their cheap price strategy put Ankara Whisky in a hard situation competing with them in the market. 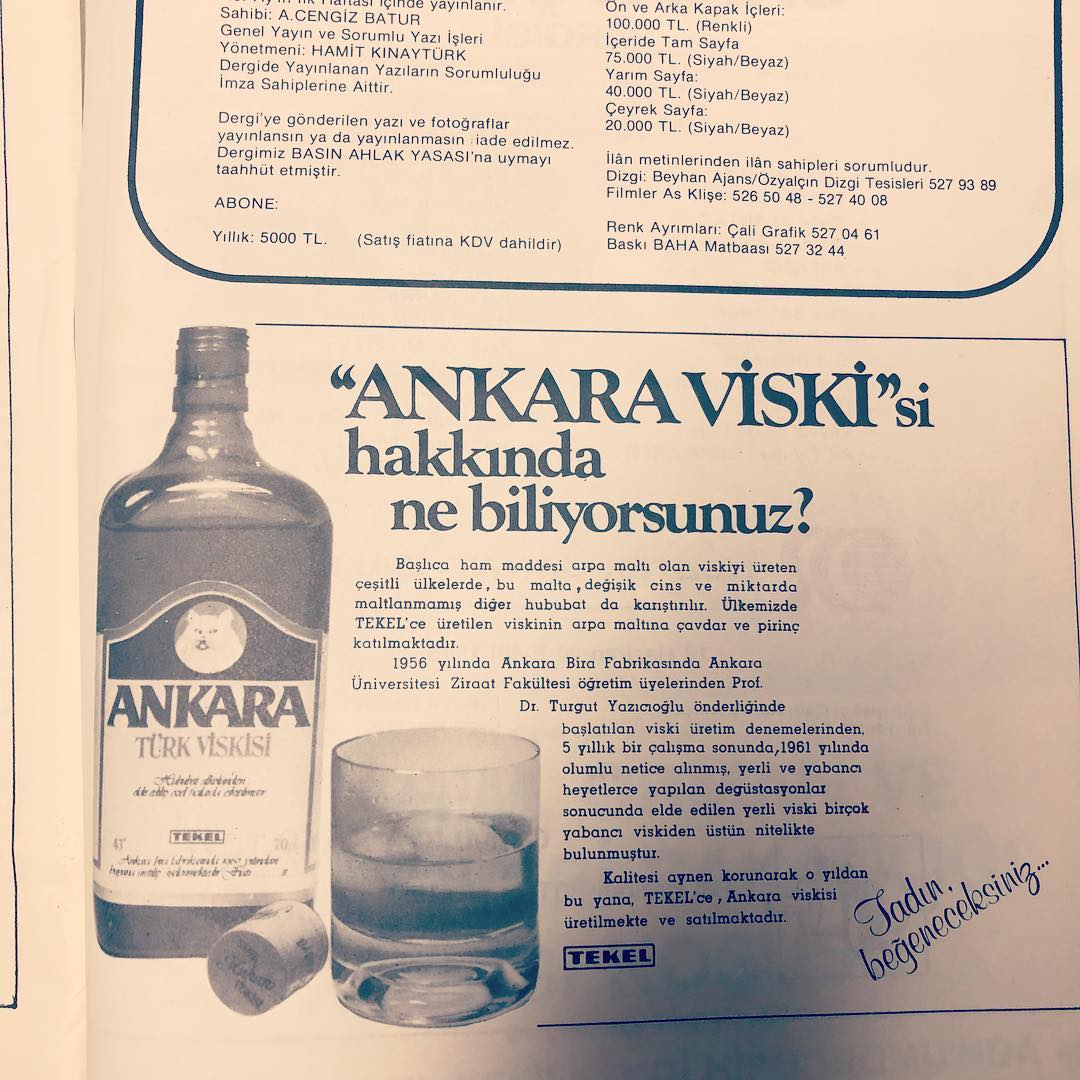 A Turkish magazine print ad from decades ago.

The beginning of the end started just back in 2000’s.  Turkish Prime Minister Mr. Ecevit agreed on a controversial legislation which would allow for the privatization of Tekel.

From Turkish Capital to Lovingston, Virgina  The story goes on thousands of miles away right now.

The stills used to produce Ankara whisky has been bought by the Virginia Distillery some years ago and shipped to the United States. Those copper stills made in Scotland by the Northern Fabricators of Elgin. 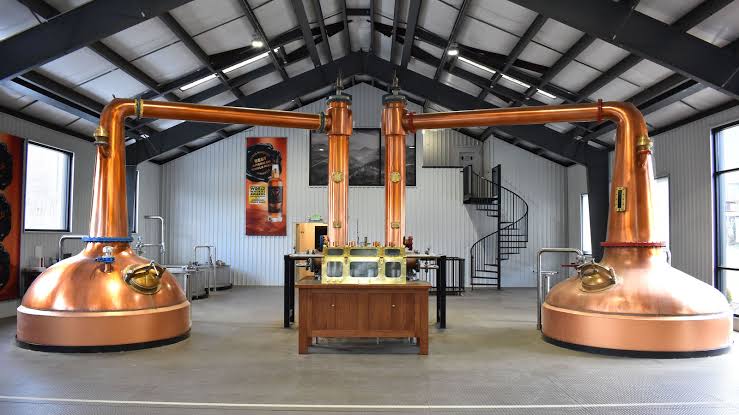 The Virginia Distillery Company distills whisky from 100% malted barley with no computerized distillation.

Today, as the growing interest and rising consumption increases in Turkey for worldwide whiskies, a bottle of Ankara Malt Whisky becomes a collectible item for whisky geeks.