Hello everyone, especially in recent years, whisky has become increasingly popular and has brought many accessories designed to enjoy much more from the whisky culture.

Glencairn glasses known as the ďofficial Scottish whisky glass" are one of them. Although I had written a short article about The Glencairn before, there were some questions I had in mind. I also wanted to ask these questions to directly product designers of the Scottish The Glencairn Crystal company.

I wanted to give you some official answers for the official Scottish whisky glass. Well, it was good, slainte. Special thanks to the Glencairn team and Ruth Mulcare from the May Fox Communications. So let's start the journey! 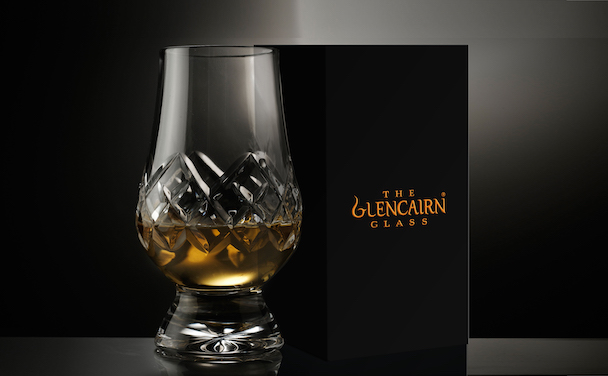 
1.First of all, I want to start with a question so many are curious about. The Glencairn whiskey glass is often called the ďtraditional Scottish whisky glassĒ, but when we know its history is not very old. Where did this definition come from?

The Glencairn Glass is actually endorsed by the UKís Scotch Whisky Association (The SWA) as ďthe official glass for whiskyĒ so it is probably more accurate to refer to it as the ďofficial glass for whiskyĒ as opposed to the ďtraditional Scottish whisky glassĒ. To give you a brief history, Glencairn Crystal was started by Raymond Davidson in the early 1980ís as a small family run business in Scotland. 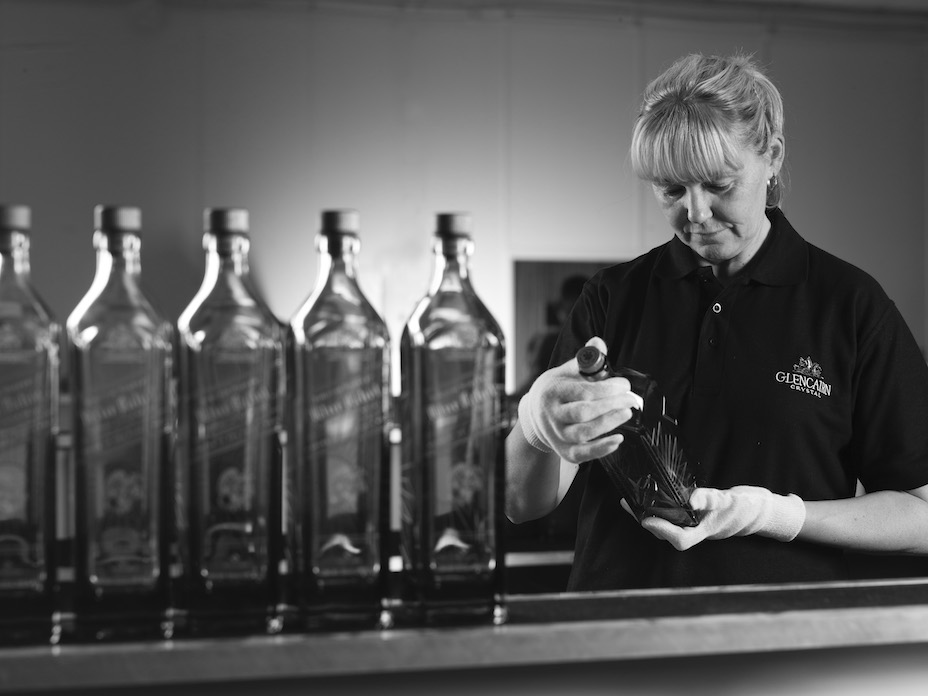 
Raymond wanted to create a single definitive glass that the whisky world could call its own. He decided to design a glass specifically for the whisky drinker similar to a traditional sherry nosing glass that would encourage the user to appreciate the Ďnoseí and palate of the whisky, whilst also being functional and robust.

His prototype glass was relegated to the filing cabinet for almost 20 years until his son Paul (now Glencairn Crystal Managing Director) came across it whilst searching through samples. The design of the glass was then perfected and finally produced.

Since 2001over 25 million Glencairn Glasses have been sold.

2. During the Glencairn's whisky glass design phase, it is said that many different master distillers and master blenders were consulted and their ideas for product development had been very useful. Is this correct and what feedback has been received?

Yes this is true.

When the prototype glass was discovered by Raymondís son Paul, they decided to bring it to the attention of around ten of the leading Master Blenders and Distillers within the Scotch Whisky Industry and with their guidance and expertise, the glass became the Glencairn Glass that we know today.

Its size and shape was perfected to accommodate a 35ml pour whilst allowing for the addition of water; keeping an optimum amount of liquid in contact with air to allow the aromas to develop. 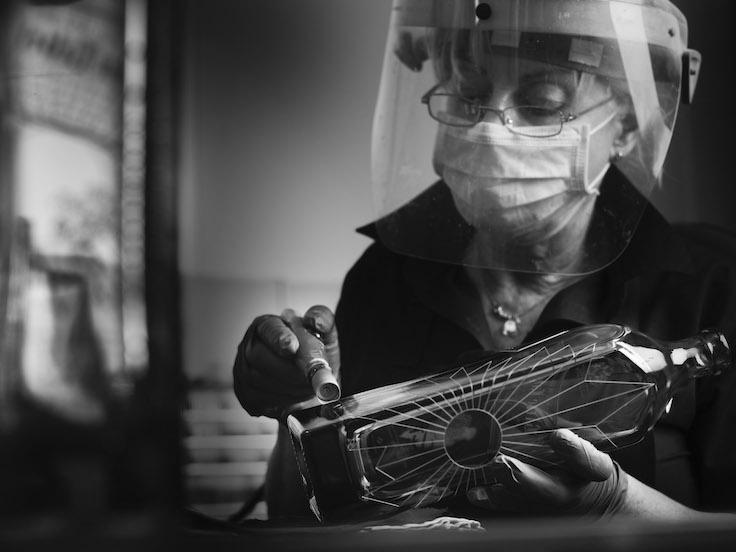 3. Apart from the ideas of the industry people, where do you look for creative inspiration?

Our design team observe and keep up to date with the design trends in the spirits industry on a daily basis.

They work closely together as a team and take full advantage of having an open plan office where they can bounce ideas around the room.

They are passionate about the design world and like to push the boundaries on the Ďimpossibleí and this is why we have a new product development team who make these ideas come to life.

4. What does the Glencairn whiskey glass offer, unlike other whiskey tasting glasses on the market?

Its unique and stylish shape has been crafted to enhance the enjoyment of both single malts and aged blends.

The tapering mouth of the glass captures those all-important aromas and allows an ease of drinking not associated with traditional nosing glasses.

The wide bowl allows the fullest appreciation of the whisky colour and the thistle style base is designed to be comfortable in the hand.

5. We always think of the Glencairn whisky glass but Glencairn Crystal is much more than that isnít it?

Our clients include leading drinks companies, brands and other outlets, including: Diageo, Houses of Parliament, Muller, Google, Scottish Parliament, Liverpool FC and the majority of the Scottish Whisky manufacturers, in addition to many of the international whisky and spirit producers.

If youíre interested in buying some Glencairn Crystal Glassware for yourself or as a gift for friends and family, then visit the Glencairn online store www.glencairn.co.uk where youíll find an extensive range of beautiful items to choose from. Most items can also be personalised with expert engraving to create a truly unique gift.

6. What do you think about the increasing popularity of whiskey in the world even in the markets you couldnít imagine in a decade ago?

We are delighted that whisky is becoming more popular year on year and our business has grown as a result of this.

Weíve been able to expand into new markets Ė China being the largest that weíve gained traction in over the past 12 months.

The US also continues to provide huge growth for Glencairn in particular via US online sales. We now ship to 95 countries worldwide, working with over 600 distilleries directly. The Glencairn Glass is now available in over 80 countries, in all 7 continents Ė including Antartica!

7. Although there is no sale in Turkey, though, your brand new "the blind tasting glass" was liked a lot worldwide. What are your opinions about this product? 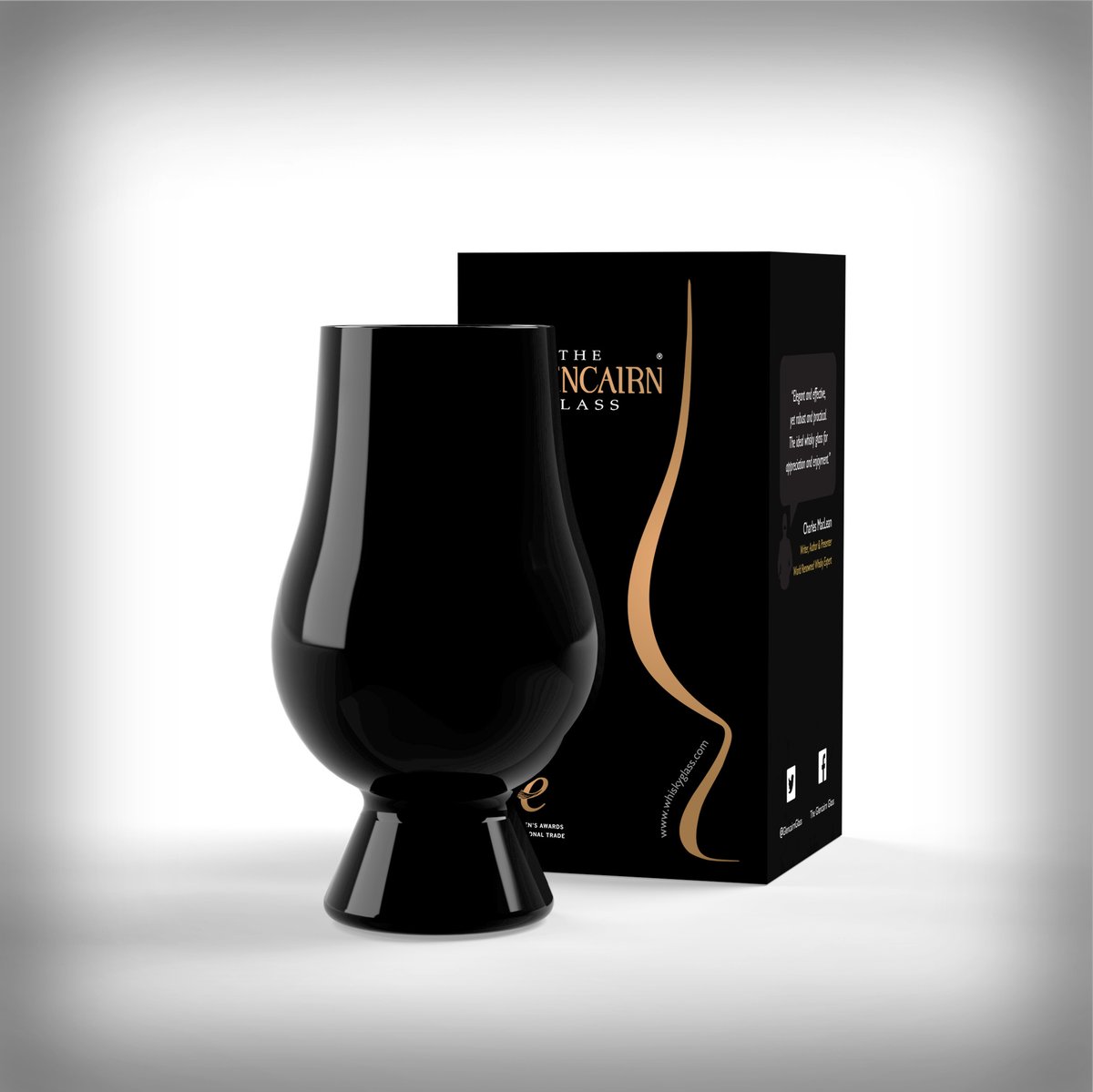 To celebrate Black Friday at the end of November 2019 we released one thousand limited-edition black Glencairn Glasses.

These unique glasses were the first to be officially sold to the public and specially created for blind tasting as the colour of the whisky is disguised.

We were delighted that this limited-edition glass was such a huge success and proved to be so popular Ė it sold out very quickly!

8. If we talk about whiskey in particular, can Glencairn say that new and innovative surprises in the near future await the whiskey community?

Yes, we are always working on new and innovative glassware projects here at Glencairn and pushing the boundaries of creativity and originality when it comes to decanters for prestigious whisky clients. We have some stunning decanters in the pipeline that will house some very special whisky releases to look out for this year.

The Glencairn Glass will also be celebrating a special anniversary in 2020 Ė more news to follow later this year!