A Private Interview with Rachel Barrie - The Master Distiller Of The Glendronach, Benriach and Glenglassaugh Distilleries Hello to all!  Some of the brands that I have wanted to be sold in Turkey for years, came to Turkey this summer. One of these are Benriach, The Glendronach and Glenglassaugh. At that time, I had a special opportunity and the head distillery of these three distilleries, Dr. I had the chance to do an exclusive interview with Rachel Barrie. I would like to thank everyone from Brown-Forman Turkey who helped me at this point. Since I don't want it to be an interview with classical questions, I prepared some questions in order to convey Rachel's perspectives on different subjects. As a result of these, an article has emerged that includes not only current  expressions in Turkish market, but also ideas that will continue to be updated even after years. I translated it into Turkish without touching any point, I leave you alone. Slainte!

I'm going to start by asking if you can tell me a bit about how you first got into the whisky industry and how you’ve ended up in your current role?

After leaving university with an Honours Degree in Chemistry, I worked in the Scotch Whisky Research Institute researching flavour and knew that becoming a Master Blender was a goal I wanted to work towards. After 25 years of working in the Scotch whisky industry I joined the Brown-Forman family as Master Blender for The GlenDronach, Benriach and Glenglassaugh distilleries in 2017.

This was the perfect home-coming for me, having worked at distilleries from the four corners of Scotland, now returning to the North East, where I was born, brought up and first introduced to the spirit.

As a woman, what were some of the challenges that you’ve faced in the whisky production business as we don’t see so many women in spirit distilling and blending?

It’s a great time for women to be working in whisky, and there are more and more women entering and thriving within the industry as time goes on which is fantastic to see.

Looking at the history of the industry, it used to be lacking in gender diversity however that is quickly changing - from distilling and blending to marketing and leadership roles, there are many talented women leading the way. We have the most diverse and complex spirit in the world, and I think it’s important that the people of the industry reflect it.

We have a second whisky boom maybe in decades all around the world. Demand for whisky right now is outstripping supply, and it’s harder to find well aged whisky nowadays. So how does your job change given those pressures? How do you prepare yourself for such an unexpected interest?

It’s great to see such high demand across the world for Single Malt Whisky - it’s truly the finest nectar in the word in my opinion! Much of my role involves listening to trends and forecasting, so I try to prepare for high demand as much as possible.

However, I don’t have a crystal ball so it comes down to a lot of estimation, working with others to get the insights required to inform investment in increased capacity and raw materials (quality malted barley and oak casks) to support growth. What is certain is that more and more people are developing a taste for and an interest in whisky across the globe, which is fantastic to see.

Creating the best tasting and high quality single malt whisky takes time, nurturing and dedication - there’s no room for cutting corners or rushing to keep up with demand. It all comes down to planning as much as is possible. 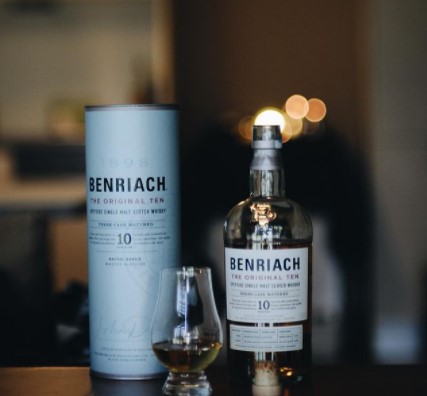 It all started with beer but craft business has its way to the whisky world. There are new growth smaller craft distilleries producing malts and how do you see them?

There are now over 130 whisky distilleries in Scotland, and that number is growing. I think new, young distilleries can co-exist with established, mature and highly revered distilleries, each bringing something different to the consumer, whether new, young and simple, or more deep, complex and mature. There is room for all in the industry, new and old, big and small!

Do you prefer to work with independent bottlers and what are the pros and cons for you as a master distiller?

Over the decades, my focus has been to nurture the finest, most complex and richly characterful single malts. This requires dedication to understand, perfect and enrich character from malt through distillation, maturation and bottling. Working within a global company has the advantages of sustainability of ingredient supply, investment in distilling and the highest quality casks for maturation. It also means I can ensure quality is perfected every step of the way, as a custodian of quality from barley to bottle.

How could you describe the differences in character between The GlenDronach, Benriach and Glenglassaugh?

Even though the three distilleries sit just 20-30 miles apart, they are all incredibly different to one another. I describe Glenglassaugh as ‘the surfer’s dream’, not only because it sits on the shore of the breathtaking Sandend Bay, but because of its tropical, salted caramel character which is shaped by land and sea in our coastal warehouses as it matures.

Then we have Benriach, which launched its new portfolio last year encompassing a huge spectrum of flavour possibilities with each multi-layered expression. Benriach has a very creative distilling heritage and lends itself very well to experimentation, which is something we are very proud of and look to continue exploring through maturation in a range of eclectic casks sourced from all over the world.

The GlenDronach is different again - this is a richly sherried Highland single malt with enormous amounts of depth and character thanks to the use of the finest sherry casks that we source personally from select bodegas in Spain.

This distillery, which is amongst the oldest in Scotland, is nestled in the valley of the Forgue in the Scottish Highlands. Turkish whisky consumers love the extremes. As well as they like their spirit high on peat and smoke, they also very much like the sherry influence and Glendronach has a high reputation. What can you tell us, especially on cask usage for Glendronach.

At The GlenDronach there’s a particular focus on two sherry styles however we do have a few other sherry styles in the warehouse and also some port, so there is variety in there. Our Oloroso casks in particular will bring out the robust notes and also the full-bodied depth.

Pedro Ximénez casks, which I'm particularly fond of, tend to bring out more of the dark fruit and sweet spice which work incredibly well with The GlenDronach spirit.

At Benriach, we produce a smoky malt, ‘Smoke Season’, to honour the time of the year at the distillery where we produce smoky whisky. This is a time-honoured tradition, and an unusual one for a Speyside distillery as peat is not so commonly associated with the region.

We use Highland peat when producing smoky whiskies which is different to Islay peated whiskies - it tends to be more of a sweet, rich smoke. 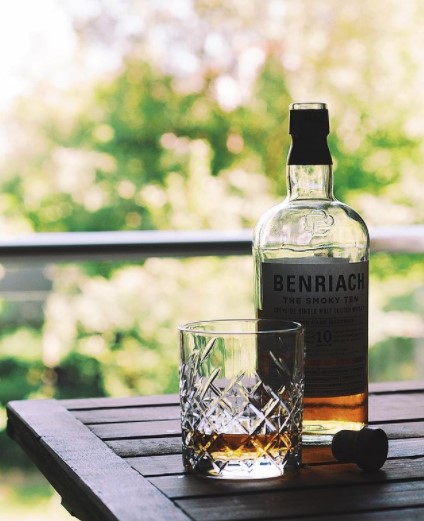 And what about the peat usage for Glenglassaugh? What do you think about the ppm calculations as there are many misunderstandings comparing the same levels but between the different regions such as Islay peat and Highland peat?

Different to the majority of peat sourced near the sea by distilleries on the West Coast and Islay, Highland peat is sourced from the mainland and is produced by ancient trees and heather that have decomposed over centuries, making it incredibly unique.

This peat produces a gorgeous sweet smoke that gently infuses our barley. When it comes to the impact of Highland peat on Glenglassaugh’s character, it works in harmony with the coastal style of this whisky; we talk a lot about Glenglassaugh being shaped by the visible and invisible influences of land and sea due to the distillery’s fertile and coastal location.

Adding Highland peat adds another dimension to this luscious sweet and coastal malt.

There seems to be a growing trend for crossover between craft brewers and whisky distillers. Is there anything like that on the horizon for your distilleries?

Many centuries ago, most of the surplus barley would have been fermented to beer, where the production of whisky begins. Likewise, craft breweries start with making beer, then might choose to add a still later on, to make whisky.

All our distilleries make a ‘strong beer’ at around 8% abv, prior to distilling into the spirit that eventually matures into whisky.

The GlenDronach, Benriach and Glenglassaugh distilleries were licensed to distill their fermented mash ‘beer’ 100-200 years ago, and have been distilling and maturing the finest single malt Scotch Whisky ever since. 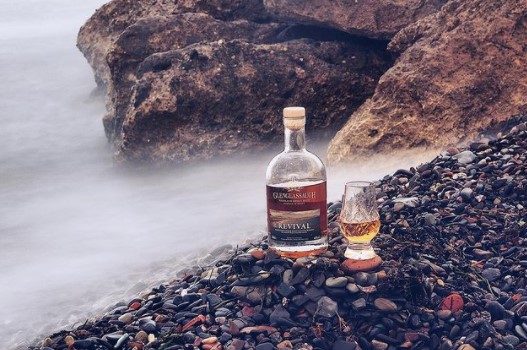 Finally, any advice for the newcomers and the enthusiasts in Turkey or all abroad?

The world of whisky is your oyster! Dive in and experiment with a variety of malts from different regions to understand their similarities and differences. Be open to exploring flavour, richness and depth and ultimately, make your own rules!

Whisky is for enjoying with friends and for toasting those special moments.